October 28th 2011 Scott and I became home owners again for the first time in four years. If you have not read my blog on our change of plans  Read -  Plan on Hold

Pat our realtor saying thanks Scott, on closing day! 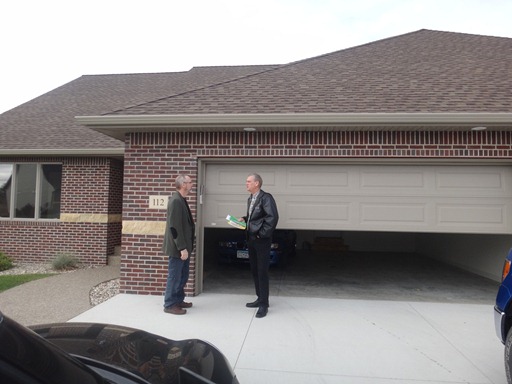 Scott’s mother and father were our first visitors to CreekSide! 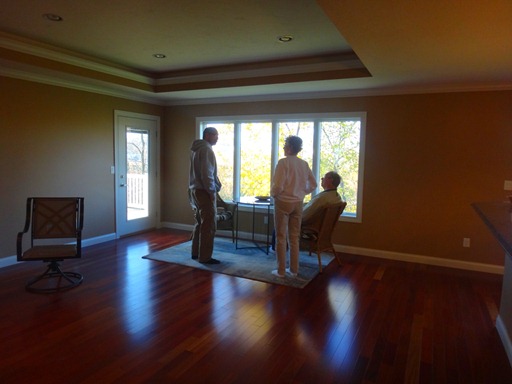 Even though we will not officially move into Creekside until after I retire, March 30th 2012, we can been seen  most weekend on the road moving some of our stuff. 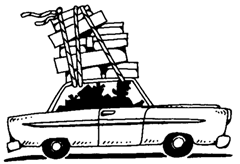 Or at our local Lowe’s store.

Our new townhome is around 1600 square feet on the main level. It was mostly finished when we bought it. What Scott and I had to finish… Ok I should have said, what Scott had to finish, was to put shelving in all the closets, blinds on all the windows,a washer and dryer in the laundry room, and a shower door on our shower stall in the master bath.


Scotts first priority was to get shelving in the closet. 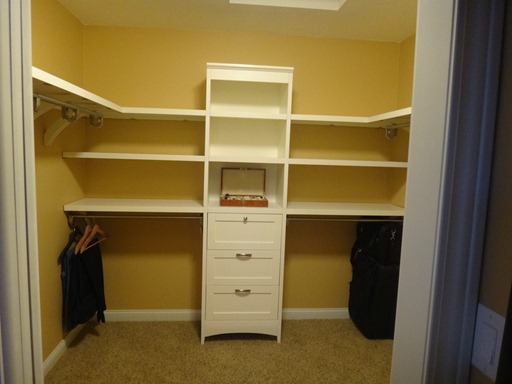 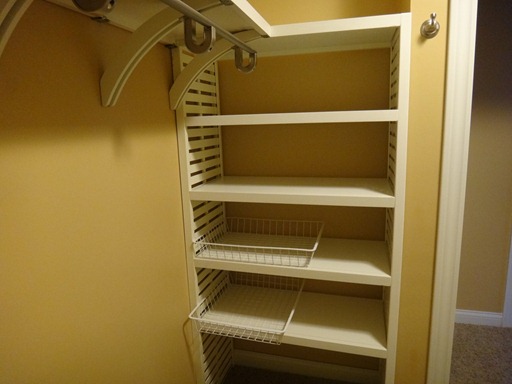 Next on his list was the blinds We did a wooden blind. 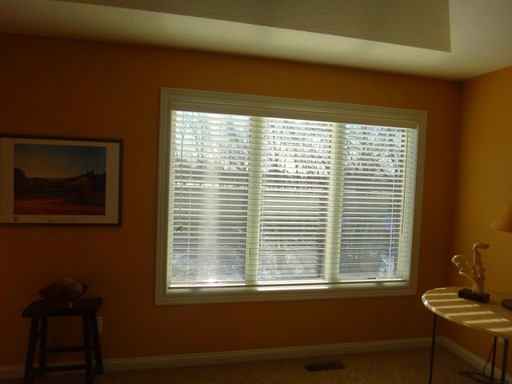 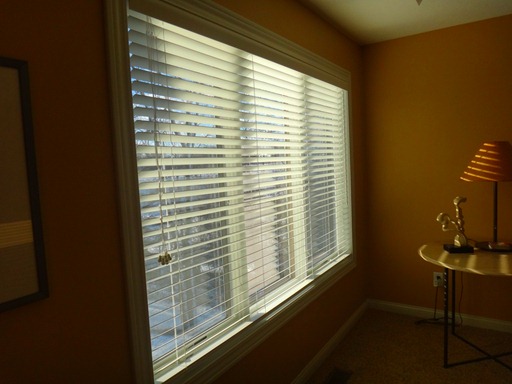 Our shower door was a special order item we had it made of all clear glass. It was not cheap to buy, or easy to install. Scott did a great job installing the door on our shower.It works great, and is very easy to keep clean. 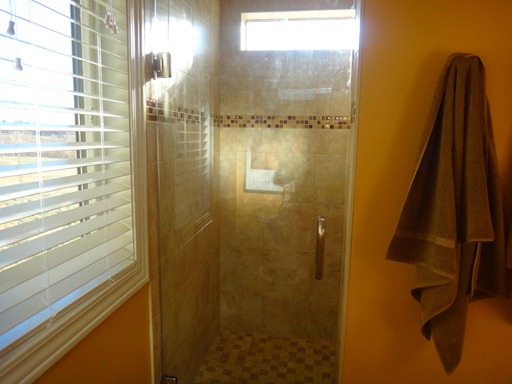 With all the black Friday sales going on at Best Buy, we got an OK deal on a washer and dryer that we originally could not have afforded if it wasn't on sale. Even thought we did not need it until March we got it anyway because of the price. We just could not take the chance of getting the same deal then.
I might add that we did not even have to stand in line at the store. Scott was in China when the washer and dryer went on sale. Scott went on line ordered them, set up a free delivery for the next weekend in Mankato. Best Buy delivered them like promised on time Great Service! 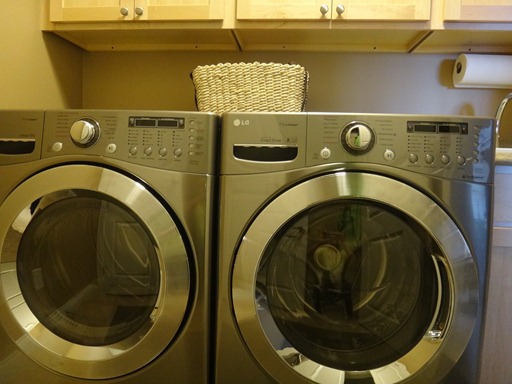 The stainless steel matches all the other appliance in our townhouse. They are a tad bit big for our small laundry room, but they do work good and look great! 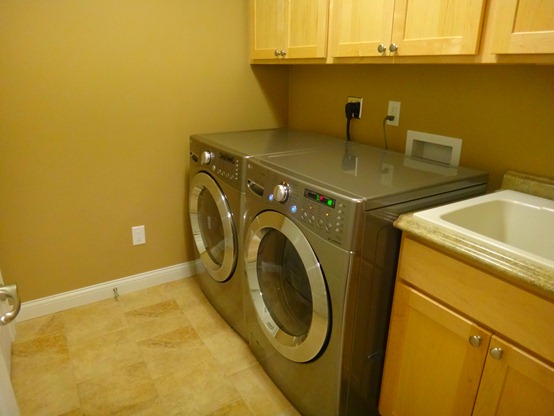 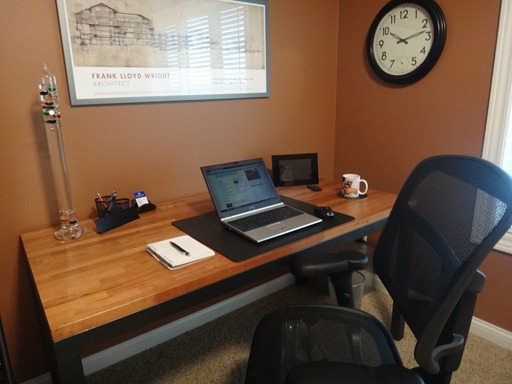 Next on my list of favorite pieces is a big clock.There is several big open walls in our townhome. I
thought why not cover one of the walls up with a beautiful large clock. Large wall clocks are generally less expenses than a large painting. Why not have a wall decoration that is beautiful to look at, that also has a function. So I just bought one of the largest ones I could find with the money that Scott’s mother and father gave us for Christmas. “Thanks Enie and Neil”. 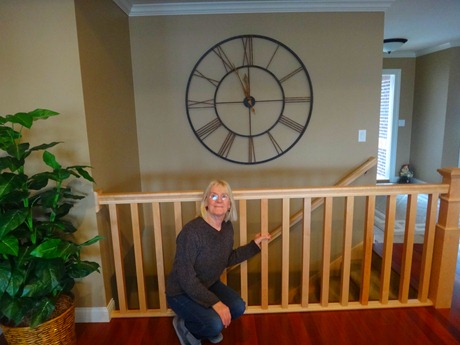 Scott has wanted a bigger TV for a few years now. Since we had planned on living in a 300 square feet motor home it was out of the question. Now that Scott had planned to work a few more years we decided to buy it. We bought a 55 inch Sony. Scott also bought it on line at Best Buy for what “Scott calls” a great price.
This was the first TV that Scott had installed on the wall. It was no easy task. It took all afternoon, but like always he did it and I think it looks great on this long wall. 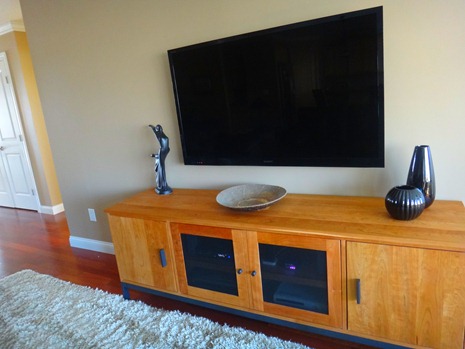 Scott gets all the credit for the bar stools. Scott wanted bar stools with a high back and they had to be very comfortable. Even though they were not the style I wanted they do look good along the bar, they are also very comfortable. 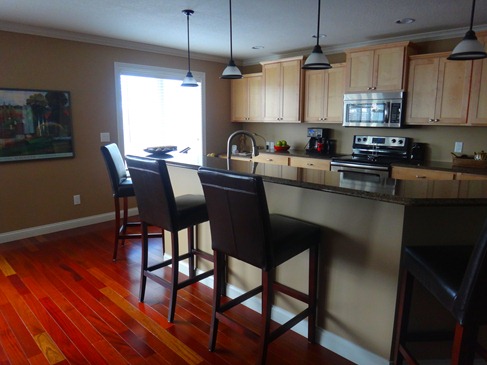 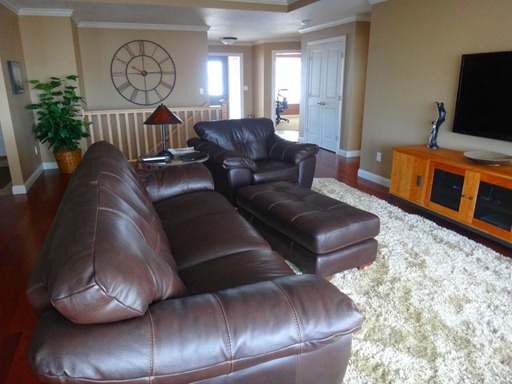 Wait!  There is a home for this comfortable leather set, we also have a lower level walk out in our town-home that is unfinished. Guess what? Now that Scott has finished what he had to do on the main level, he is already downstairs working on our plans for the lower level.
Let’s go down to the lower level and see what Scott is doing down there. We will have to hurry if we want to see what it looked like when we bought this place three months ago… because Scott is a fast worker when he works I should say.


Now with the walls up, and the wiring done, it is time to move on to that nasty job of plumbing.We kicked off our plumbing adventure at our local Lowe’s store.


Several hundred dollars later we had an enough parts to get us started. Now that the walls are up, wiring done, and the plumbing done. It is time to call in the inspectors.
that were are we at now at making Creekside a home? 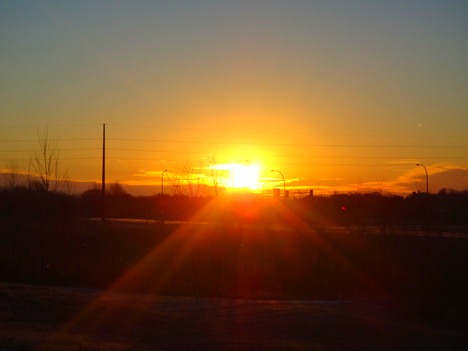 little Creek behind our town-home before Creeks 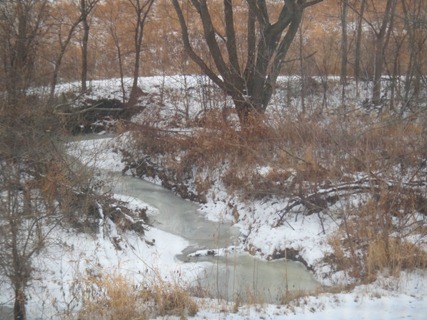