Tow Bar for the coach

I had checked a couple of places and gotten quotes to install a tow bar and base plate on the coach and jeep and both places I checked said about $1,700-$2,000 without a brake system. It looks like I can buy the parts on the internet for about $1,200 so I planned on doing it myself and pocketing the extra money.

After doing the research on tow bars, it appears that most people think that Blue OX is one of the best products out there, so we purchased a Blue OX Acclaim 10,000lb tow bar and a base plate for our 2008 Jeep Liberty. We purchased them on the internet and paid a fair price for the tow bar and base plate. They arrived promptly and had good installation instructions. The instruction indicated that an experienced installer could do it in 4 hours. I have read blogs of people that have done it themselves and they indicated that it is a full day job, so I set aside the whole day for the job.

The job is really 2 parts. First putting on the base plate, then wiring the taillights. First thing in the morning I pulled the jeep into the garage at the lake and started removing the bumper shroud according to the instructions. It was a bit of a task but nothing terrible and soon the bumper shroud was out on the lawn and we were ready to install the new Blue Ox base plate. 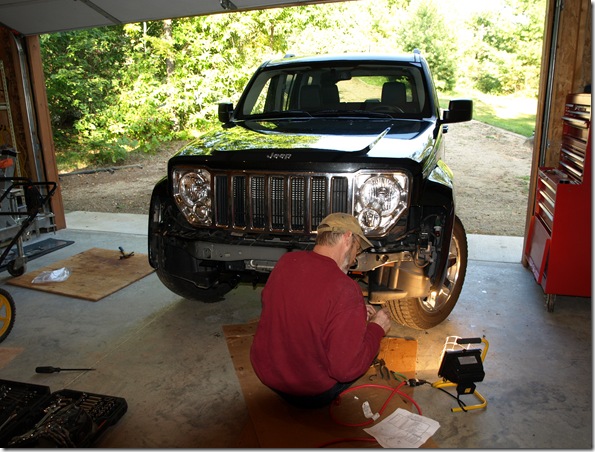 Here is the base plate ready to go onto the frame. 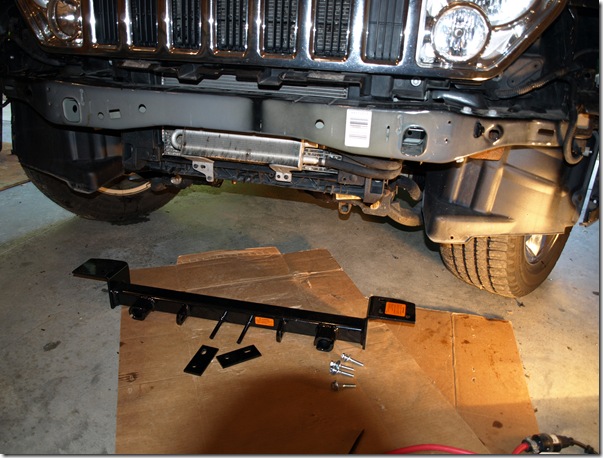 A little drilling is required to get a couple more holes in the frame, but then the bar bolts right in.

Bolted down tight with “Loctite Red” to hold the bolts in place, the base plate is now installed. 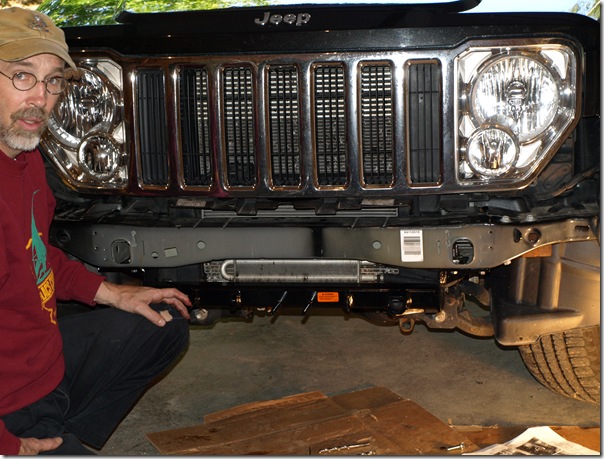 Now the bumper shroud just needs to go back on for a completed base plate job.

After two tries ( The first time I forgot an important part.) the jeep is whole again, and true to the advertising from Blue Ox you can not even tell it is on unless you look really close. 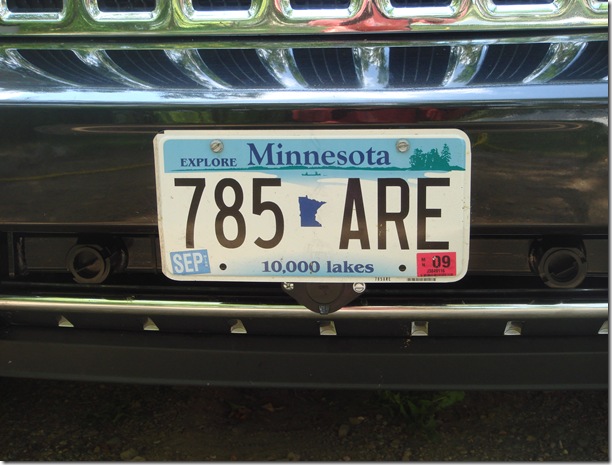 It took about 3 hours to put the base plate on, so right after lunch it was on to getting the tail lights hooked up. At first this seems like it should be a fairly simple task, but as it turns out finding a safe path to run the wiring harness from the front of the jeep to that back was a big job on our 2008 Liberty. It ended up taking several hours just to pull the wire through the convoluted path and wire wrap it tightly to the frame. 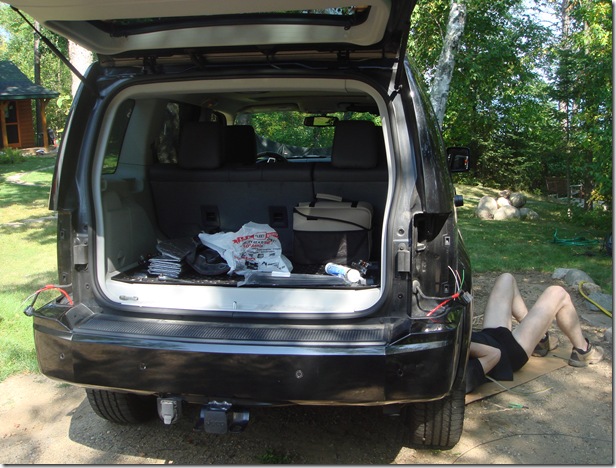 Finally as the afternoon was about over the job was complete, with only a few swear words and a couple of scraped knuckles.